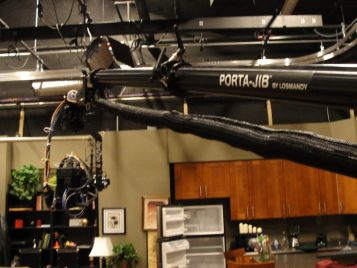 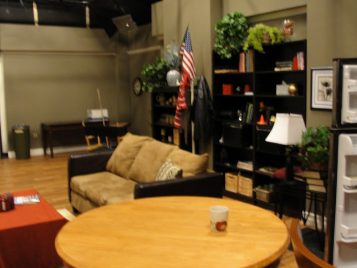 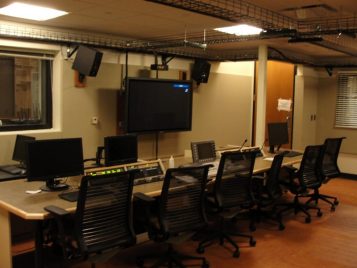 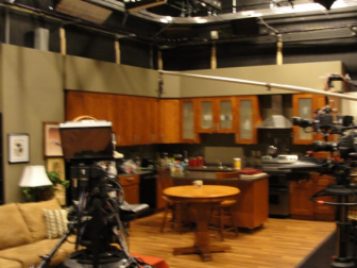 Studio B is approximately 36 feet wide, 40 feet long, and 20 feet in height. It has a harlequin floor that is suited to smooth camera movement, and a full lighting grid at 14 feet with an Electronic Theater Controls Ion control console. The south end of the studio has a modern kitchen/living room set. The north is re-configurable for an office or bedroom. Studio B is set up for both live-switched and multi-camera recorded production.

There are four Panasonic AG-HPX500 high definition cameras with three of the cameras mounted on Vinten vision 250 pan/tilt heads on top of Vinten quartz pedestals and a fourth mounted on a jib. Studio B has four wireless microphones, a monitored boom mic, and other microphones available.

Studio B’s control room is approximately 16 feet wide and 28 feet long, and has an audio control booth and announcer booth adjacent. The control room is set up to support a director, assistant director, technical director, video engineer, graphics operator, and a small gallery.