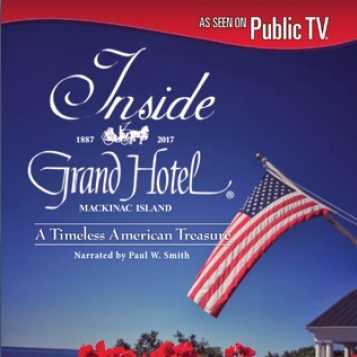 Oliver Thornton's documentary Inside Grand Hotel premiered on March 2, 2017, on Detroit Public T.V. The film explores some of the Grand Hotel’s most iconic spaces - including rooms, suites, the kitchen, and other staff areas - not normally experienced by the masses. Additionally, it documents the hotel's unique business story, revealing the individuals behind the scenes who create the magic of Grand Hotel’s experience and disclosing the day-to-day operations behind this island tourist destination.

Inside Grand Hotel worked with Detroit Public Television for six months last year to film various people, spaces and events. It features long-time employees as well as celebrities such as Jane Seymour (Somewhere in Time) and Carleton Varney, the hotel's longtime interior designer.  The film is narrated by Paul W. Smith of WJR-AM.