Screening and Q & A with Director and Co-Writer, Nancy Savoca 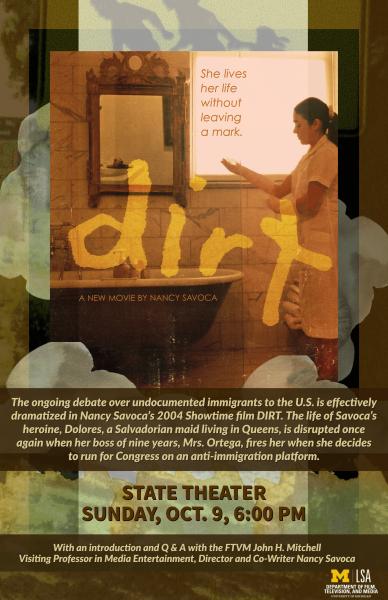 The ongoing debate over undocumented immigrants to the U.S. is effectively dramatized in Nancy Savoca’s 2004 Showtime film DIRT. The life of Savoca’s heroine, Dolores, a Salvadorian maid living in Queens, is disrupted once again when her boss of nine years, Mrs. Ortega, fires her when she decides to run for Congress on an anti-immigration platform.

Savoca showcases an entire underclass of immigrants and portrays their personal struggles in a respectful yet often comedic manner that creates great empathy beyond the sensationalist newspaper headlines. VARIETY called the film “an audience grabber as tightly condensed and emotionally resonant as its title” and added that the “film zings along with an energy, determination and spirit that are anything but depressing.”