Electrospray can be used on relatively polar molecules over a wide mass range. It can be used on small molecules in the range from 100-1500 molecular weight, as well as larger molecules such as peptides and proteins. Larger molecules, such as proteins, will exhibit multiply charged ions by electrospray, which can then be transformed to obtain the original molecular weight. Electrospray can be done in both positive ion and negative ion modes.In positive ion mode, neutral molecules will often exhibit an [M+H]+ion if run from an acidic solution. If cations such as Na+ are present in the solution, neutral molecules will often exhibit an [M+Na]+ ion. Exact mass measurements within 5 ppm can be done on small molecules in the mass range from 300 to 1500 daltons. Samples may be submitted for analysis, or students may be trained to run their own samples on the LCT instrument.

MALDI can be used on large molecules, such as peptides, proteins, and polymers. Peptides will exhibit an [M+H]+ ion when run in positive ion mode. Samples can be submitted for analysis, or students can be trained to use the instrument themselves.

EI is good for small, stable compounds that readily go into the vapor phase upon mild heating under vacuum. We can work with liquids, viscous oils, or solids. We normally put the compound into a glass capillary vial, and insert the vial into the end of a sample probe. For volatile liquids, we can freeze the sample in the vial using liquid nitrogen, and cool the probe tip to 0 C.For non-volatile solids, the probe tip can be heated as high as 350 C if necessary. For really non-volatile or thermally unstable compounds, we can usea thermal-desorption (DCI) probe tip. EI can be done in both nominal mass and exact mass modes. The nominal mass mode consists of a wide range magnetic scan using an external calibration. It is generally accurate to within + or 0.4dalton. The exact mass mode consists of a linear voltage scan with internal references, and is generally accurate to within 5 ppm for compounds whose molecular weight is less than 1000 daltons.

CI is used on those compounds that do not exhibit a molecular ion by EI. CI with ammonia will often produce an [M+H]+ or an [M+NH4]+ ion, depending upon the compound. We can use both the standard glass capillary probe, and also the DCI desorption probe. CI can be done in both nominal mass and exact mass modes.

FAB is useful for larger molecules (400 to 2000 daltons) that may be thermally unstable or non-volatile. It is also useful for ionic compounds, such as organometallic salts. The sample must be soluble in order to work by FAB.The sample is usually dissolved in a suitable solvent, and then added to a matrix material on a target. We most often use 3-nitrobenzyl alcohol as a matrix. The target is then bombarded with a xenon atom beam, in order to cause desorption of ions. For neutral organic compounds we most often see an [M+H]+ ion or an [M+Na]+ ion. We can often do an exact mass measurements by FAB on positive ions that are less than 1000 daltons. Nominal mass FAB will generally work on compounds as high as 2000 daltons.Air-Sensitive compounds by EI.We can work with compounds that are extremely oxygen and/or moisture sensitive, by using a special apparatus. The chemical sample can be put into a glass capillary vial in a drybox, and then placed into the air-tight apparatus.The air-tight apparatus is then brought out of the drybox to the mass spectrometer. A helium atmosphere is used to push the sample into the probe,and helium gas shields the sample from air until it can be inserted into the mass spectrometer and pumped down under vacuum.

We have a variable-leak probe for introducing gas samples into the mass spectrometer. The gas container must have a piece of OD diameter tubing to connect to the gas sampling probe. The gas samples we analyze must not contain large amounts of oxygen, otherwise the oxygen will cause the filament in the ion source to burn out. 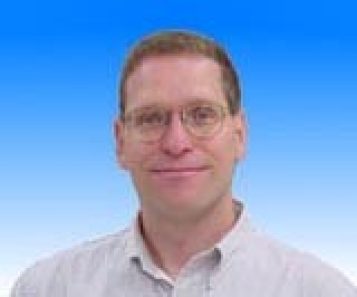