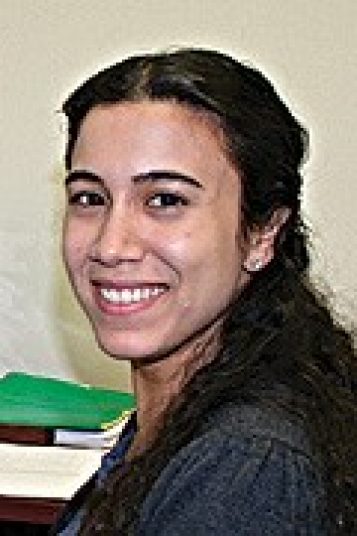 Catherine Espaillat was the first to identify pre-transitional disks around low-mass, pre-main sequence T Tauri stars (below). These disks, in which a central region is cleared between an inner and outer dust ring, lent strong evidence for dust clearing due to planet formation versus the competing photoevaporation theory. Espaillat identified these pre-transitional structures using original observations from Spitzer and NASA’s Infrared Telescope Facility with models co-developed by her advisor.

Research Update: Espaillat’s predictions were confirmed by the observation of a young planet in the pre-transitional disk of star LKCa 15. 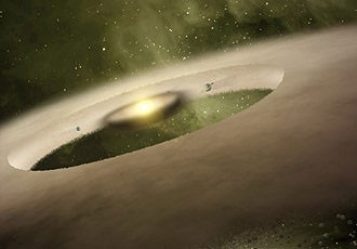 Skills Training: “At Michigan, I wrote all my own telescope proposals, and my fellow students did, too. This is different than in a lot of departments where faculty write them and you just look over their shoulder. With feedback from my advisor and an interesting topic, I was successful in getting time on Hubble and Spitzer— where less than ~10% of proposals get accepted. It gives me confidence that I can get grants and support myself professionally.”

Prior to Espaillat’s thesis, researchers had identified stars surrounded by both full and transitional disks. Espaillat was the first to identify pre-transitional disks (left) by modeling detailed data from Spitzer and other sources.