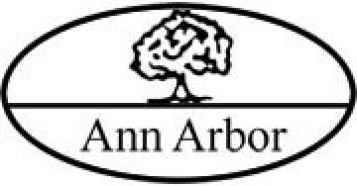 Michigan Slavic Publications (MSP) is a non-profit organization associated with the Department of Slavic Languages and Literatures of the University of Michigan. Our goal is to publish titles that substantially aid the study and teaching of Slavic and East European languages and cultures.

MSP was originally founded by Ladislav Matejka. To date some one hundred titles have been published, including those by scholars and authors such as Jakobson, Ivic, Lotman, Milosz, Trubetzkoy, Wellek, and others.

Titles available for purchase are on our booklist. Domestic shipping is $4.00 for the first book, and $0.50 each additional. We offer a 30% discount on two or more books. To place an order, please fill out this order form and email it to us at michsp@umich.edu.

American Criticism: In the Post Structuralist Age by I. Konigsberg

Among the People (paperback) by Milenko S. Filipovic

Baroque in Bohemia by M. Souckova, postscript by R. Jakobson

Cinema All the Time: Anthology of Czech Film Theory and Criticism, 1908-1939 by J. Andel and P. Szczepanik

Czech Literature by A. Novak

For Henry Kucera: Studies in Slavic Philology and Computational Linguistics by A.W. Mackie

FASL #2: The MIT Meeting by Various

FASL #4: The Cornell Meeting by Various

FASL #9: The Bloomington Meeting by Various

FASL #11: The Amherst Meeting by Various

FASL #12: The Ottawa Meeting by Various

FASL #14: The Princeton Meeting by Various

FASL #15: The Toronto Meeting by Various

FASL #17: The Yale Meeting by Various

FASL #22: The McMaster Meeting by Various

FASL #24: The NYU Meeting by Various

FASL #26: The Urbana-Champaign Meeting 2017 by Various

Framework of Language by R. Jakobson

History of Yugoslav Literature (hcover) by A. Barac

History of Yugoslav Literature (paperback) by A. Barac

History: Another Text by M. D. Birnbaum and R. Trager-Verchovsky

The Joy of Recognition: Selected Essays of Omry Ronen by Berry Scherr and Michael Wachtel

Language & Literary Theory:  In Honor of Ladislav Matejka by B. A. Stoltz

Letters and Other Materials from the Moscow and Prague Linguistic Circles, 1912-1945 by J. Toman

Monumenta Polonica by B. Carpenter

O. Henry and the Theory of the Short Story by B. N. Ejxenbaum

On Karel Capek: A Michigan Slavic Symposium by M. Makin and J. Toman

Origin of the Slavic Phonological System by F. V. Mares

Papers in Slavic Philology #1 by B. A. Stoltz

Photography Sees The Surface by Ladislav Sutnar and Jaromir Funke

The Queen's Court and Green Mountain Manuscripts With Other Forgeries of the Czech Revival D. Cooper

Semiotics of Russian Culture by J. M. Lotman and B. A. Uspenskjj

Studies in Macedonian Language, Lit & Culture: The First North American Macedonian Conference by B. A. Stoltz

Studies in Verbal Art: Texts in Czech and Slovak by R. Jakobson

Time in Language by H. Kucera and K. Trnka

Velimir Xlebnikov's Shorter Poems: A Key to the Coinages by Ronald Vroon

Your Thwarts in Pieces, Your Mooring Rope Cut: Poetry from Babylonia and Assyria by E. Reiner