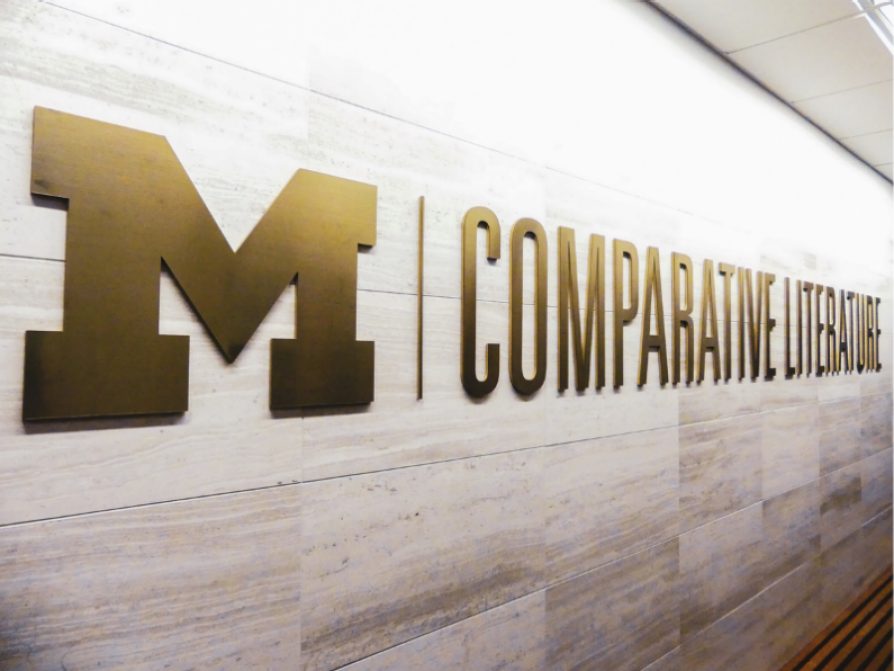 The Department of Comparative Literature stands in solidarity with the Black communities that have been subject to police brutality and white supremacy in all its insidious forms. We condemn the murders of George Floyd, Breonna Taylor, Ahmaud Arbery along with the murders of so many other Black men and women, and we condemn the system that made them possible. We affirm, unconditionally, what should not need to be affirmed: Black Lives Matter.

As a department devoted to the study of languages and cultures across national borders, we treasure the differences between languages, cultures, individuals, groups, and communities. We are an international, multi-lingual community deeply committed to combatting exclusion and discrimination in all their forms. We pledge to work towards combating anti-Black racism  as well as all forms of structural and concrete violence levelled at Native, Asian, Muslim, Latinx, and diverse immigrant communities as well as all other groups suffering the effects of centuries of oppressive regimes. We are committed to doing so on and off campus, in our scholarship, our teaching, and our day to day relationships, practices and operations.

We endorse the statement by the Executive Committee of the American Comparative Literature Association in response to police brutality and the larger systemic inequities this brutality manifests.

The Department of Comparative Literature at the University of Michigan is one of the oldest and best established centers for the study of comparative literature in the country. In existence since 1937, our program has become a magnet for innovative research and teaching, in graduate and undergraduate courses that encourage interdisciplinary and multilingual perspectives on literature and culture. The interests of our faculty and students encompass the most innovative areas of study in the humanities today. We understand the humanities as the desire to humanize, to participate in making the world humane, to make our encounter with the world in which we daily dwell more legible, to recognize its complexity and elusiveness and to say clearly what has to be said, especially in uncertain times.

Welcome to the Department of Comparative Literature

We encourage interdisciplinary and multilingual perspectives on literature, culture, arts, and global humanities. We also collaborate with other units to develop curriculum and campus-wide initiatives related to translation.

WHAT IS COMP LIT?
WHY TRANSLATE?

We strive to support our students and faculty on the front lines of learning and research and to steward our planet, our community, our campus. To do this, Comparative Literature needs your support.