The German 232 Intro to German Theater class gave a most wonderful performance of selected scenes from several classic plays on March 28, 2018. The scenes represented works by Goethe, Brecht, Fleißer, and other notable authors. Instructor Julie Gruber guides the overall direction, allowing room for lots of creativity and interpretation of the scenes from the students. The result is always fun and inspiring.

Each Winter term, the class reads, discusses and analyzes the themes that make the chosen plays among the most relevant in modern German drama. The students are encouraged to find the connection between these literary works and the influences within society at the time they were written. Then, the planning begins...the scenes to be performed are ultimately chosen from among the readings by the students themselves, roles are assigned, and the rehearsals and logistics get underway. Each year, the performance is different from any other, flavored by the unique personalities and creative flair that the students bring to the production. In addition, the students bring their own unique talents and skills to the performance, which lends even more pizazz. This year, the class was comprised of students with not only a variety of academic interests, but also musical training, playwriting experience, and other artistic backgrounds. With all that power behind the actors, alongside the close connection they created with each other over the semester, this was perhaps the most vivid and lively performance to date. There was even a jazz-square step in the grand finale.

Kudos to the 232 Theater students for a great performance, and many thanks to those who could join us for the event! 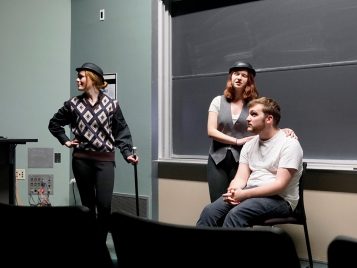 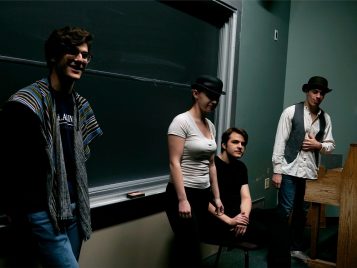 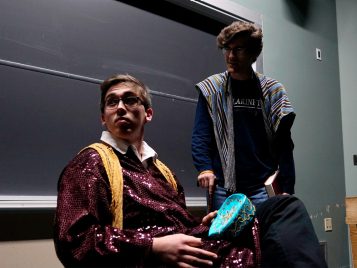 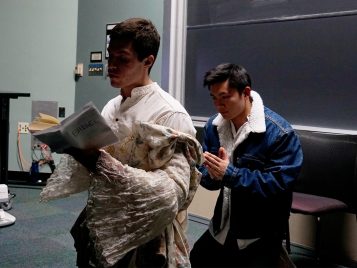