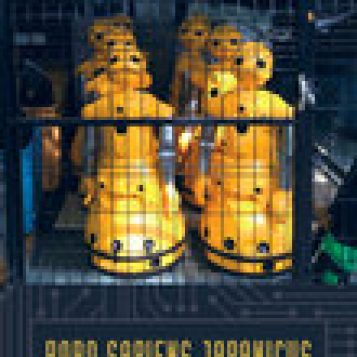 Japan is arguably the first postindustrial society to embrace the prospect of human-robot coexistence. Over the past decade, Japanese humanoid robots designed for use in homes, hospitals, offices, and schools have become celebrated in mass and social media throughout the world.

In Robo sapiens japanicus, Jennifer Robertson casts a critical eye on press releases and public-relations videos that misrepresent robots as being as versatile and agile as their science-fiction counterparts. An ethnography and sociocultural history of governmental and academic discourse on human-robot relations in Japan, this book explores how actual robots—humanoids, androids, and animaloids—are “imagineered” in ways that reinforce the conventional sex/gender system and political-economic status quo. In addition, Robertson interrogates the notion of human exceptionalism as she considers whether “civil rights” should be granted to robots. Similarly, she juxtaposes how robots and robotic exoskeletons reinforce a conception of the “normal” body with a deconstruction of the much-invoked Theory of the Uncanny Valley.