“Ujima: Collective Activism at The University of Michigan” Opens at DAAS Gallery

On Friday, Mar. 13th, the DAAS Gallery welcomed a limited number of students and community members to celebrate the soft opening of its new exhibition “Ujima,” a showcase of community activism throughout the years.
by Clara Scott 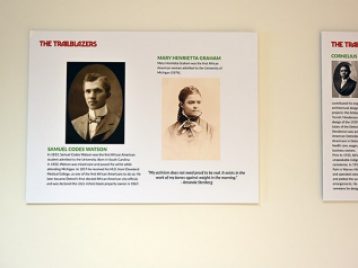 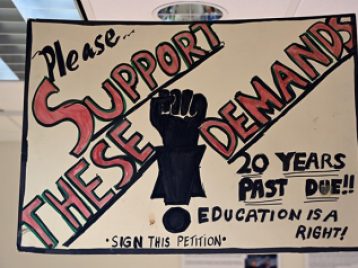 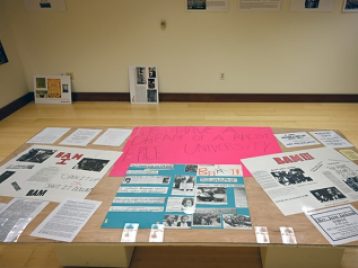 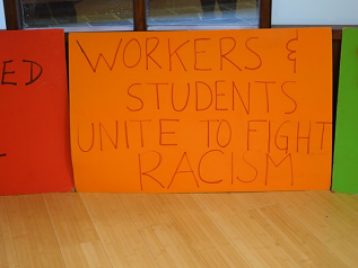 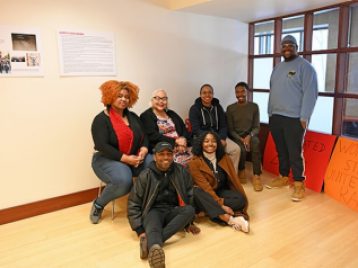 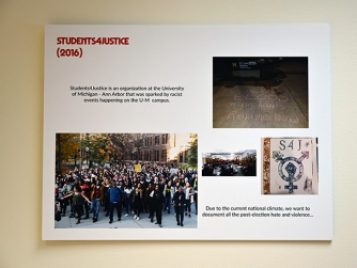 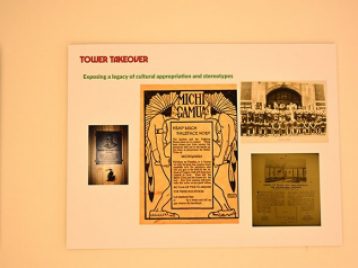 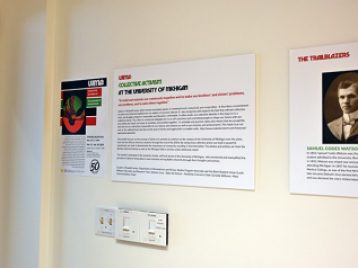 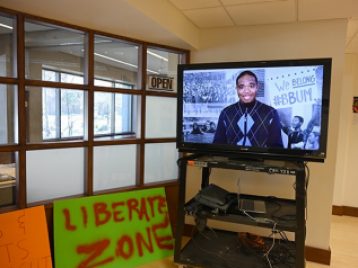 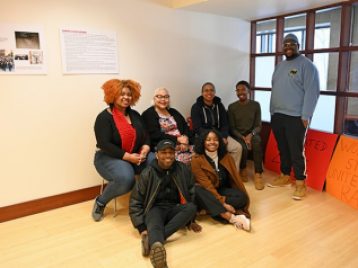 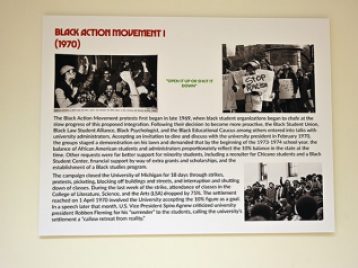 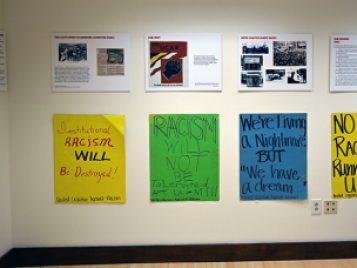 On Friday, Mar. 13th, the DAAS Gallery welcomed a limited number of students and community members to celebrate the soft opening of its new exhibition “Ujima,” a showcase of community activism throughout the years. Despite a small group of attendees due to protective measures, the opening was a success. Many students who had a part in the creation of the exhibit attended, from both the Department and the Black Student Union, who collaborated to come up with the basis and content of the show itself.

The exhibition follows the Swahili concept of ujima, meaning collective work and responsibility, as it has influenced the history of cultural engagement on campus for the Black community. From the story of the first Black student at the University to the voices of current freshmen, the exhibition captures what ujima means and has meant to Michigan.

The exhibition is an immersive multimedia experience, integrating video, traditional paper information cards, artifacts such as posters, flyers and other memorabilia from movements of the past in addition to photography and other additions. Solomon Lucy, a member of the BSU who organized and edited the video element of the exhibition, said in a phone interview with DAAS that the show has the potential to make “the past more real to people.”

Interviewing students for the final video, the videographer noted that the project served as an outlet for them to “commemorate the movement while also giving insight into our Black community today.” The video portion of the exhibition showcases the engagement that even the youngest members of the community on campus have with social action, and the potential for learning and ujima in the future, as well. As Lucy said, “It’s inspiring to see what people in the past did with so little resources … especially on the campus where I go to school.”

Working with DAAS Program Associate Elizabeth James, Lucy and other students in the group sourced materials to include in the exhibition from archives on campus such as the Bentley Library and The Michigan Daily. At first glance, it may seem that the posters included in “Ujima” are replicas, but each one has been pulled from DAAS’s archive of protest materials from a previous collaboration with the former Baker-Mandela Center on campus.

Though the ink may be faded, the words and intention behind each poster aren’t, and in addition to the informative elements of the exhibition offer a deep dive into historic events like the three Black Action Movements in 1970, 1975 and 1987, among others. Not only do these inclusions make the movements seem “more real,” as Lucy stated previously, but also give the exhibition a sense of inspiring connection to the present as gallery-goers are still able to see them today.

Justin Williams, the catalyst for the exhibit and collaboration between the BSU and DAAS, attended the opening and shared some words about his initial ideas around the concept of ujima. “Originally, we wanted to have a photo collage that faculty and alumni could add their photos to from their time here throughout the years,” he noted, “We wanted to figure out a way to make the exhibition to be more interactive, we will see where it goes.” Though some portions of the exhibition may change as the months go on, there is no doubt that it captures the spirit of connection and community engagement that ujima represents.

The exhibit follows the history of social activism in the Black community chronologically throughout the gallery, including components such as Lucy’s video and the archival posters to tell a story of togetherness in the face of adversity. Focusing on ujima, each item highlights what Michigan truly means in the context of engagement and resistance from students and community members alike.

The exhibit will be open until the end of 2020, with new elements introduced on a regular basis.