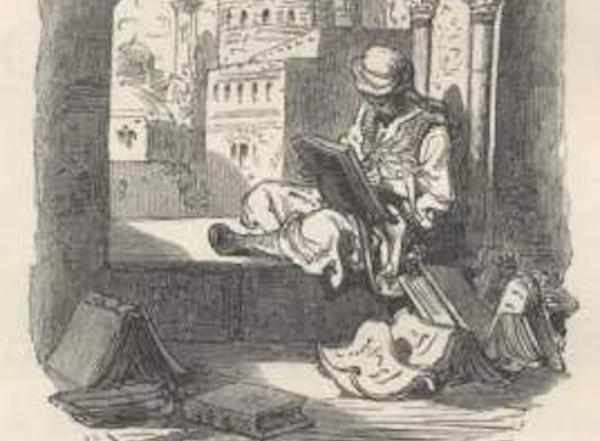 After the forced conversion of the Muslims in Castile in 1502 and in Aragon in 1526, numerous Christian writers made use of Arabic and Islamic texts as part of a missionizing effort to instruct and acculturate the new Morisco population. Texts by the convert known as Juan Andrés (Confusión o confutación de la secta mahomética y del Alcorán, 1515), Juan Martín de Figuerola (Lumbre de la fe contra la secta machomética, not published, finished 1518), Bishop of Barcelona Martín García (Sermones, 1520), Erasmist writer Bernardo Pérez de Chinchón (Antialcorano, 1532), and the Avilan priest Lope de Obregón (Confutación del alcorán y secta mahometana, sacado de sus proprios libros, y de la vida del mesmo Mahoma, 1555) form part of a group of missionizing texts that can be called “Anti-Qurʾāns,” on the basis of Pérez de Chinchón’s title. Such texts present an inversion of the language and practices of the Moriscos. They do not use Aljamiado (Castilian text written in Arabic letters and sometimes blended with Arabic text), employed to express and support Morisco identity, but rather “anti-Aljamiado” (Arabic text written in Latin letters, blended with Castilian text), employed to undermine that identity and encourage conversion and assimilation. This chapter analyzes this phenomenon in the context of Arabic knowledge and use in early sixteenth-century Iberia, arguing that the use of “anti-Aljamiado” was not simply an accident of transliteration or typesetting, but was part of a deliberate strategy by Christian preachers and writers to support their own authority in arguing against Islam.

Ryan Szpiech is Associate Professor of Spanish and Judaic Studies, and Director of the Center for Middle East and North African Studies at the University of Michigan, where he teaches and writes about translation, conversion, and religious interaction in medieval and early modern Iberia. He is the author of Conversion and Narrative: Reading and Religious Authority in Medieval Polemic (Pennsylvania, 2013), which won the La Corónica Book Award (2015); editor of Medieval Exegesis and Religious Difference: Commentary, Conflict, and Community in the Premodern Mediterranean (Fordham, 2015) and of a special issue of Journal of Medieval Iberian Studies (2011) on “Gender and Genre in Medieval Sepharad”; and co-editor of Interreligious Encounters in Polemics between Christians, Jews, and Muslims in Iberia and Beyond (Brill, 2018) and Astrolabes in Medieval Cultures (Brill, 2019). In 2019, he completed a 25-minute documentary about the history of King Alfonso X, entitled “The Birth of Spanish in 3D” ( https://birth-of-spanish.rll.lsa.umich.edu/). Since 2013, he has been editor-in-chief of the journal Medieval Encounters.
Medieval and Early Modern Studies
Room 1029 Tisch Hall
435 S. State St.
Ann Arbor, MI 48109-1003
telf@umich.edu
734.763.2066
734.647.4881
Sitemap
Facebook Twitter Youtube