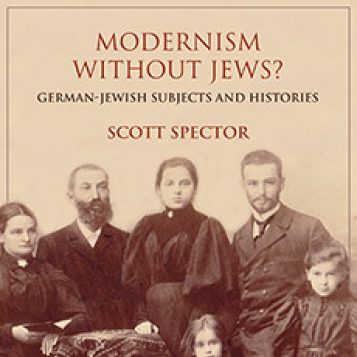 Nowhere else have Jews contributed so massively and consequentially to the general culture than in Germany. From Mendelssohn to Marx, from Freud to Einstein, Jewish contributions to secular German thought have been both wide-ranging in scope and profound in their impact. But how are these intellectual innovations contributions to European Jewish culture? How are they to be defined as Jewish? Scott Spector argues for a return to the actual subjects of German-Jewish history as a way to understand them and their worlds. By engaging deeply with the individual as well as with the literary or philosophical character of the text, Spector offers a fresh view of the presumed contradictions, uncertainties, and paradoxes that underlie the project of Jewish participation in culture. Spector forges a new definition of what modernist creativity means in our understanding of German-Jewish culture.