Austerity and Anti-Austerity Beyond Capitalism 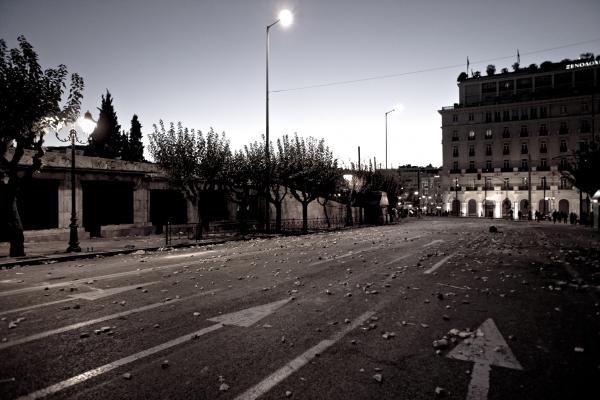 During the global economic crisis of 2008 many observers predicted that austerity economics would be discredited and abandoned, but over the ensuing decade it demonstrated surprising resilience. This conference will explore the history of opposition to austerity, both retrieving overlooked forms of resistance and using those conflicts to better understand the nature of austerity itself. Over the past decade there has been a wave of path-breaking scholarship revealing the commonalities that linked capitalist and socialist economies across what has been traditionally called First, Second, and Third Worlds. That austerity doctrines themselves can emerge outside the well-studied context of neoliberalism, however, has received limited scholarly attention. We thus seek to create a new foundation to engage austerity more broadly beyond its neoliberal connotations. Our collaborative effort brings together expertise from various fields in the Humanities and Social Sciences and seeks to expand on this burgeoning reappraisal of economic systems. Increasingly, we are coming to realize that capitalism and socialism shared a great many features in these regions—including the foundational assumptions that drive doctrines of austerity. Along these lines, this conference will emphasize how austerity and anti-austerity clashed both within and beyond liberal capitalism, and thus seek to better integrate the temporal and ideological binaries of political economy: pre-industrial and industrial, capitalist and socialist, communist and post-communist, developed and underdeveloped, colonial and post-colonial. In particular, this will involve discussion of how a politics of anti-austerity was both imagined and articulated in opposition to a variety of austerity programs around the world. Forging a conversation across various regions, we will investigate the potential of anti-austerity movements to topple governments, collapse political orders, and to affect other forms of change in society, both in direct and visible ways as well as through protracted and less obvious struggles. This will also incorporate the failed attempts and arrested possibilities to displace austerity as a dominant socioeconomic formation.
History
1029 Tisch Hall
435 S. State St.
Ann Arbor, MI 48109-1003
umhistory@umich.edu
734.764.6305
734.647.4881
Sitemap
Facebook Instagram