A plant physiologist by training, he was hired by the then Botany Department and retired as a member of the former Biology Department.  His Ann Arbor News obituary is below. 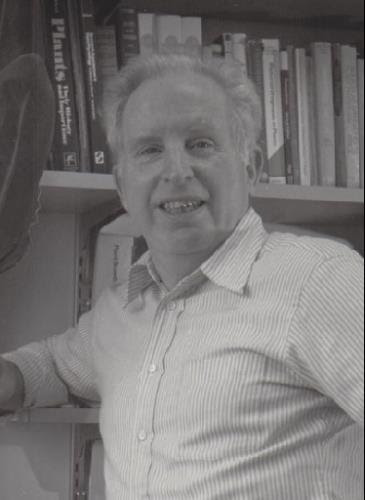 Kaufman, Peter Bishop born February 25, 1928 in San Francisco to Gwendolyn and Earle Kaufman. He was the middle child of three sons. Peter grew up in Portland, Oregon. Received his BS from Cornell in Ithaca, New York in Plant Science. He went to the University of California, Davis where he received a PhD under the tutelage of Katherine Esau. After completing his PhD he became a Professor of Plant Physiology at University of Michigan where he remained until his retirement well into his 80's during which time he worked at the Complementary & Alternative Medicine Center getting grants for medical applications for tart cherries. He was also a curator at Matthaei Botanical Gardens. Peter published 122 articles in various journals and co-authored 11 books. First and foremost he was a teacher and mentor to many people. He was past president of the Michigan Natural Areas Council and Michigan Botanical Club. He was a member of the First Presbyterian Church of Ann Arbor. Peter was preceded in death by his wife Hazel and two brothers Doug and John. He brought humor and joy to everyone he met. He was a very devoted father to his two daughters; Linda Ryan and Laura Kaufman. He fulfilled his dream of having the Hazel S. Kaufman retreat center at his house which brought many people together. A Memorial Service for Peter will be held on Sunday, June 25, 2017 at 2:00PM at the Hosmer-Muehlig Funeral Chapel, 3410 Broad St., Dexter, MI. In lieu of flowers donations suggested to the Matthaei Botanical Gardens, 1800 N. Dixboro Rd., Ann Arbor, MI 48105 Hosmer-Muehlig Funeral Chapel.